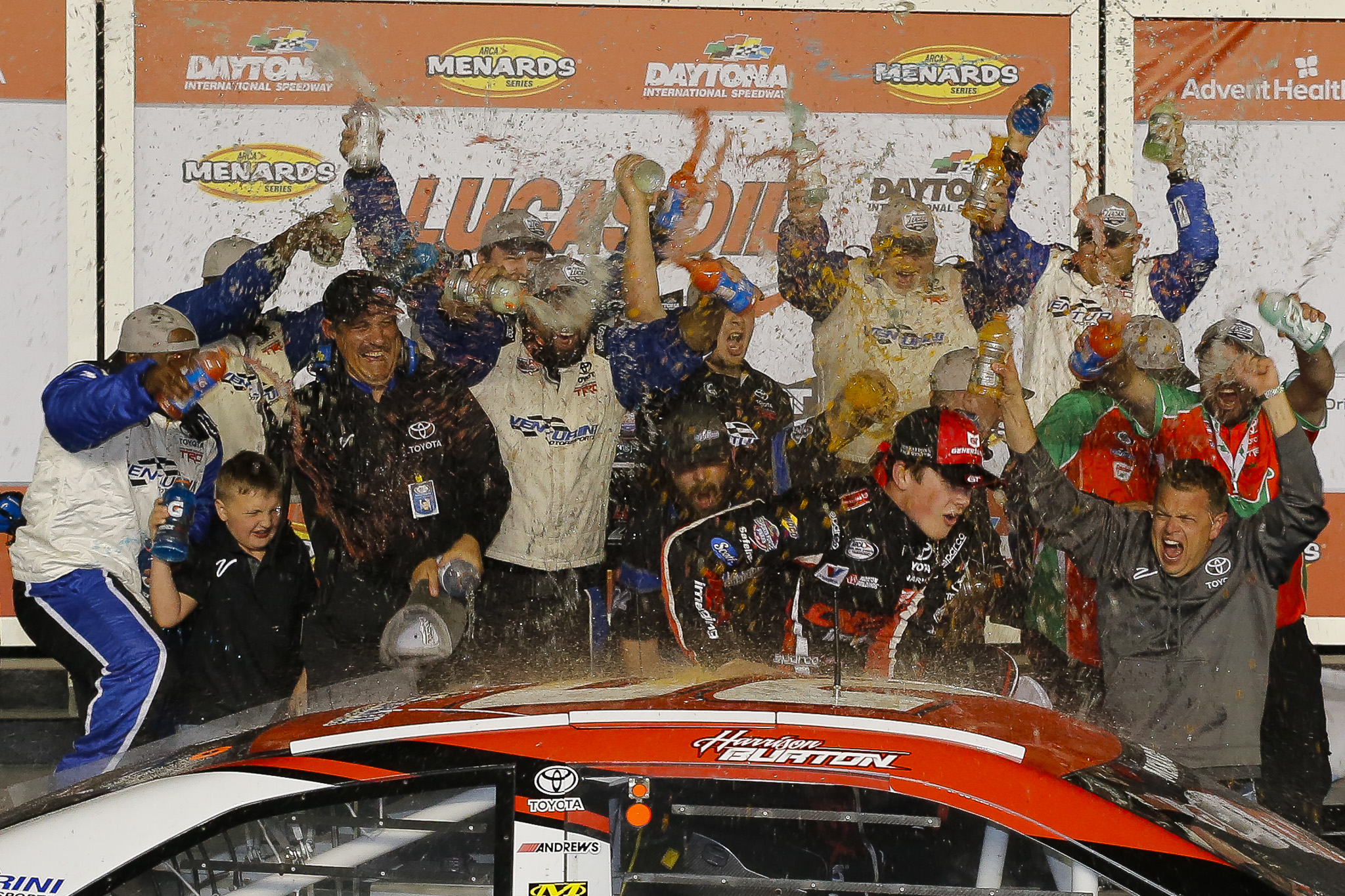 Burton, 18, who led a race high 48 laps held off Todd Gilliland on a one-lap overtime dash to the checkered.
“It means so much to come here and win at a track my dad won at before me,” Burton said. “I can’t thank my guys at Venturini Motorsports enough, they busted their butts on this car for the last month to get it so we can come here and compete to win.

“We had some debris on the grille over the last run and I think it actually helped. The temperatures went up but they weren’t too high. I got the jump on the restart and I knew Todd was on a run. We were up high next to the wall and I looked up and saw no one had a run. I knew that any time something bad could happen, and I was just waiting for it. It never did and then when I crossed the line I started screaming my head off.”

Burton’s VMS teammate, Christian Eckes (No. 15 JBL Audio Toyota), the General Tire Pole Award winner, lined up second on the final restart and ended up fourth. Eckes led 9 laps on the night from the pole.

“I thought we had a little bit better car than Harrison did but that’s speedway racing,” Eckes said. “We just weren’t in the right line on the restart. As far as the points are concerned it was a good day. It would have been good to win here but we’re happy to get a good start on the championship.”

Making the final start of her racing career, Leilani Münter (No.55 What the Health Toyota), started a career best third before finishing in the 15th position. Racing mostly inside the top-10 Leilani was racing in the sixth spot with 15 laps to go but was forced down into the grass trying to avoid a crash outside her windshield.

There were five cautions overall which consumed 30 laps, the final one of which sent the race into overtime. The first accident of the night happened on lap 3 and involved VMS’ defending race winner Michael Self (No. 25 Sinclair Oil Toyota) and last year’s runner-up finisher Willie Mullins.

Mullins, who was lined up behind the No.25 Sinclair Oil machine racing down the backstretch showed little patience early on making contact with Self sending him airborne and taking him out of contention. Self would pull behind the wall for repairs returning mid-race and settling for a disappointing 31st place finish.

The next race for the ARCA Menards Series is the ARCA Pensacola 200 at Five Flags Speedway, scheduled for Saturday, March 9. The race will be live on MAVTV at 8 pm ET.