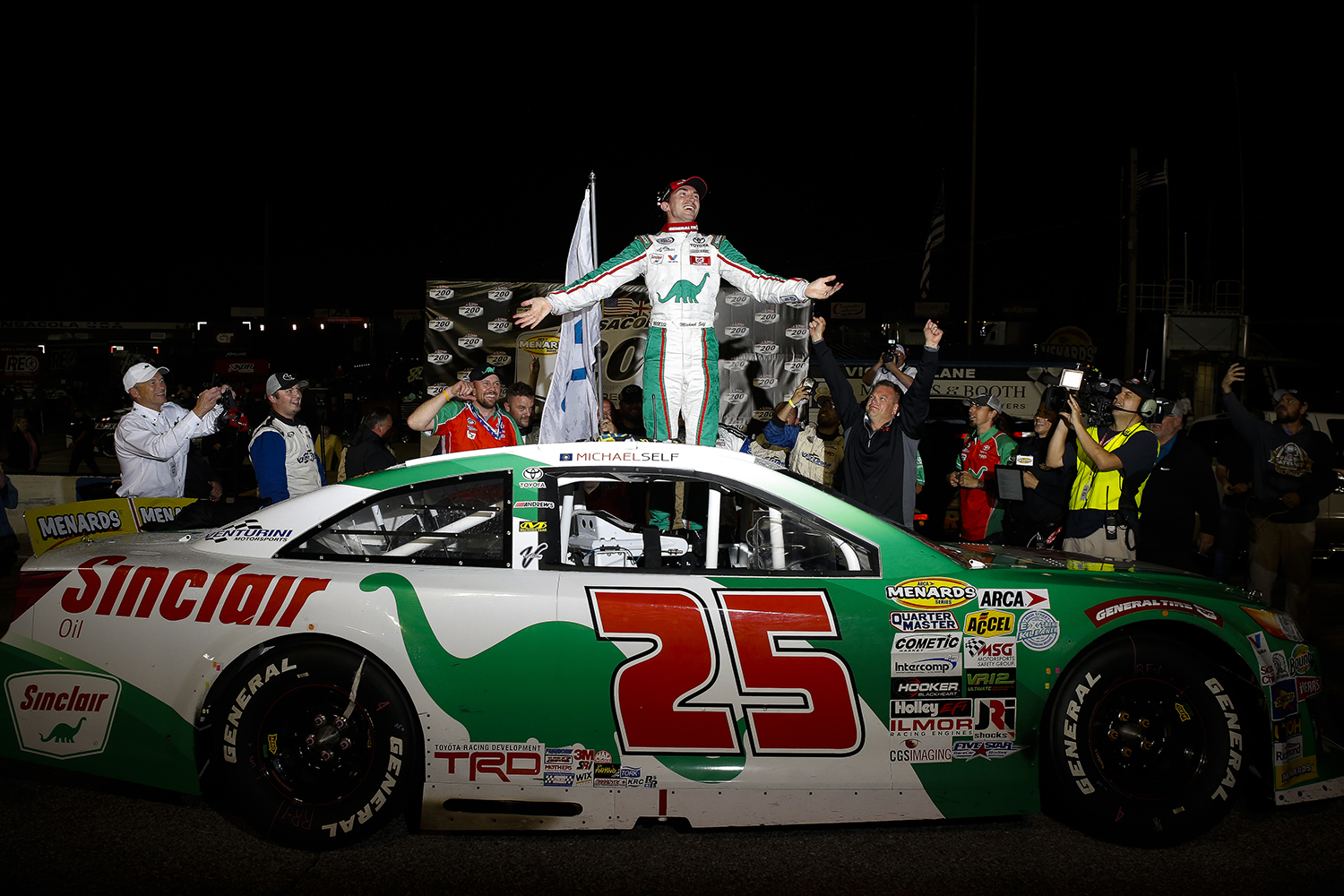 Self, 27, started Saturday night’s race from the second spot after being nipped by Chandler Smith (No.20 Craftsman Toyota) for the General Tire Pole Award in qualifying by just two one-thousandths of a second. The Utah native led 68-laps before going on to earn his first career ARCA short track race.

“This is a big deal for me,” Self said. “A short track win in ARCA has eluded me. Even though I don’t think I am a great short track racer, I have had some success in the K&N Series on short tracks. For some reason is just hasn’t translated over here. Maybe this will kick start it.
“I had a lot of confidence in our car. The Venturini Motorsports team as a whole is really good. Whenever we go to one of these short tracks the rest of the year we should be in good shape. I wouldn’t want to be racing against them right now because I am not sure I would be able to beat them.”

Christian Eckes (No.15 JBL Audio) received a huge ovation from the near capacity crowd during his first return to Pensacola since winning the 2016 Snowball Derby. Eckes, 18, struggled early going a lap down at one point before mounting a late race charge enroute to posting a third-place finish.

“It wasn’t an easy night but in the end we came out with a solid finish,” said Eckes. It would have been nice to hold Ty (Gibbs) off for second but we’ll take third. I think we come out of here with the points lead so it’s a great night for the Venturini team.”

Eckes who started on the Pole and finished fourth in the season opener leaves Pensacola atop the ARCA Menards Series championship standings with 435 points. Travis Braden, who finished tenth, sits second with 370 points.

The next race for the ARCA Menards Series is the Kentuckiana Ford Dealers ARCA 200 at Salem Speedway on April 14. The race will be televised live on MAVTV starting at 2 pm Eastern.