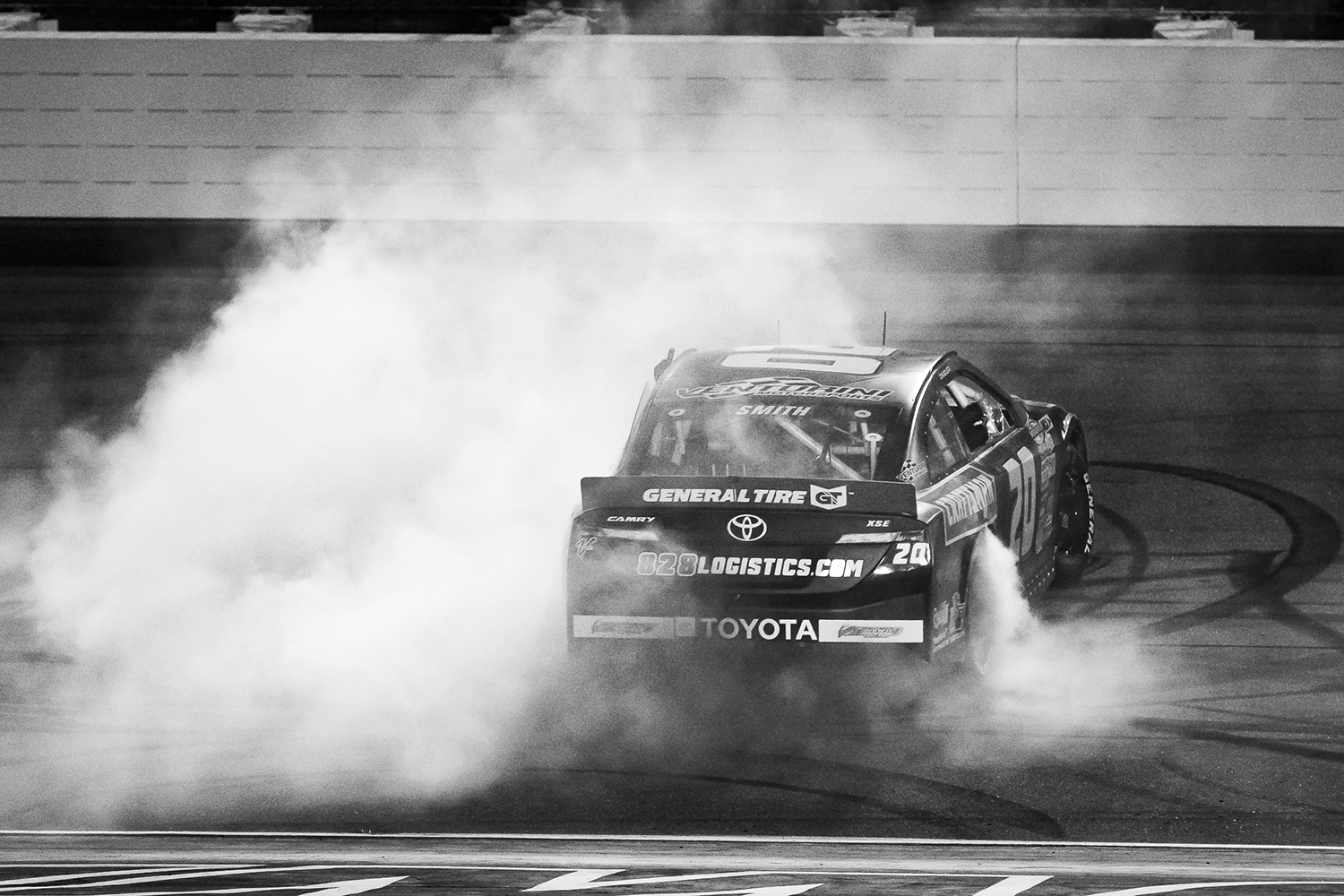 Newton, IA (July 20, 2019) – Venturini Motorsport’s dream season continued in the sweltering Iowa heat as the Toyota team turned in their most dominant overall performance of the year with their ninth team victory and a podium sweep in Friday night’s ARCA Racing Series event at a Iowa Speedway. Smith’s win was VMS first-ever at Iowa and the team’s 61st overall.

Continuing to add to his impressive career stats, Smith set fast time in practice and started first after earning his eight career General Tire Pole Award and sixth ARCA victory in just 17 series starts. Smith’s Iowa Pole Award was VMS’s 13th in 14 races in 2019. Leading all but 10 laps in Friday’s 250 lapper, Smith has now led 46% (1,421) of all laps completed since making his series debut with VMS last season at Nashville.

“Tonight was unbelievable,” said the teenager out of Talking Rock, Georgia. “We ran a near flawless race. Other than that pit stop where lost the lead because of a jack malfunction or something the only other time I ever felt the car get outta shape was when I passed a lap car on the outside. Other than that it was perfect. I can’t thank Billy (Venturini) and the rest of the Venturini Motorsports Craftsman Toyota team for giving me such a great car here. To have four wins on the season is a dream come true.”

Smith, who temporarily gave up the lead on lap-105 to Ty Gibbs because of a mishap on the final pit stop of the night, kept his cool and wasted no time taking back the spot temporarily inherited by Gibbs.

“We had some sort of jack malfunction,” he said. “It’s all just part of it. I really wanted to lead them all tonight but we’re still leaving here with the trophy and that’s what matters.”

Smith led a Venturini Motorsports sweep of the top three finishers. Christian Eckes was second in front of teammate Michael Self in third.

Eckes on the strength of his runner-up finish and seventh top-five moved up into the third position in the ARCA championship point standings just 20-points out of second behind Bret Holmes and now only 110 points back of series leader Michael Self.

“I thought I got a better restart than Chandler did on the final restart,” Eckes said. “We went down into one and just got way too loose. When the track is as hot and slick as it was tonight I don’t know if that’s what it was or if we were just too loose. But this is as hot as I’ve ever been in the racecar.”

Self, who along with the rest of the field battled extreme heat conditions, also had to overcome a gearbox issue on the way to securing his series leading 10th top-five finish of the season. Stuck in fourth gear from the onset, Self had to start each restart by dropping back through the field and be forced to pass the same cars repeatedly as he charged back to the front.

“The only time we had all the gears was on the initial start of the race,” Self said. “Every other restart we would drop back through the field and have to pass our way back towards the front. It really felt like it was one of the most physical races I’ve ever driven because I was always racing someone for position all night long. The final restart we didn’t lose as many positions as the others because it was just a couple of laps to go and I held it wide open through turns one and two and whatever happened, happened.”

Rookie Gavin Harlien in just his second career ARCA Start qualified 10th in his No.55 Autism Awareness Toyota and finished 12th. Harlien, 19, will make his next start late in the season at Salem Speedway.

Next up for the ARCA Menards Series is the FORTS USA 150 at Pocono Raceway on Friday, July 26. Practice starts at 9 am ET with General Tire Pole Qualifying set for 1:35 pm ET and the green flag on the FORTS USA 150 set to fly at 4 pm ET. The race will be televised live flag to flag on FS1.