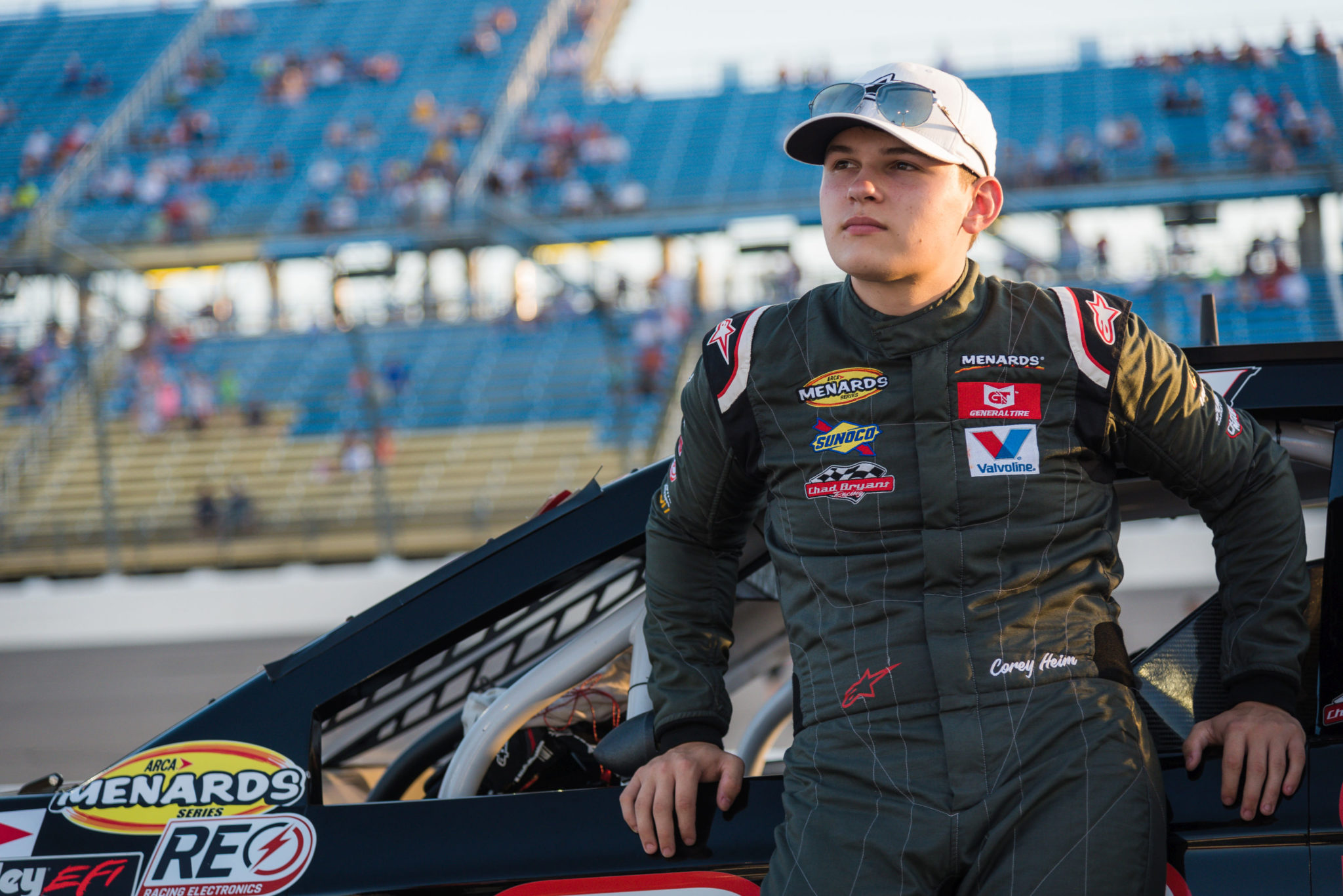 “I am really looking forward to getting into one of Venturini Motorsports Toyotas and hitting the track this season,” commented Heim. “Last year was a step in the right direction for me and I think with everything I learned and Venturini’s amazing track record in ARCA, we will be a threat each and every week we show up. It’s going to be a lot of fun running in all three ARCA Series and I’m looking forward to racing on short tracks, dirt tracks and road-courses.”

Hailing from Marietta, GA, Heim surprised most after making his first ever ARCA start in 2019, where he started fourth and finished fifth at Five Flags Speedway. Continuing to run a partial campaign throughout the season, Heim tallied up 11 more top-10 finishes and seven top-five finishes, leading 15-laps in only 12 additional races. All of this was coupled with Heim running Late Model Stock and Super Late Models throughout the Southeast, where he continued to rack up top-five finishes.

“In continuing with our goal to make our driver development program as strong as possible, I am excited to welcome Corey Heim as the newest addition. He was a tough competitor on-track last season and I am glad to have him as part of our program so we don’t have to race against him this year,” commented Billy Venturini. “Heim has proven himself to be a threat each week and will only help us continue to expand our ARCA East and West Series programs.”

The now 17-year old, Heim will comprise his 2020 racing schedule of the short tracks, dirt tracks and road-courses that make up one of the most diverse stockcar tours in North America. Kicking off the year, Heim will see ARCA East action at the famed New Smyrna Speedway, before heading to Five Flags Speedway as the Series second stop. He will make one more East start at New Hampshire Motor Speedway, along with two West Series starts at Sonoma Raceway and Phoenix International Raceway. Rounding out his busy schedule will be two ARCA starts at the DuQuoin State Fairgrounds and Kansas Speedway.

Venturini Motorsports will make a formal announcement regarding sponsor, car number and crew chief for Heim at a later date.

Do y'all want VMS to launch an online Fan Shop?