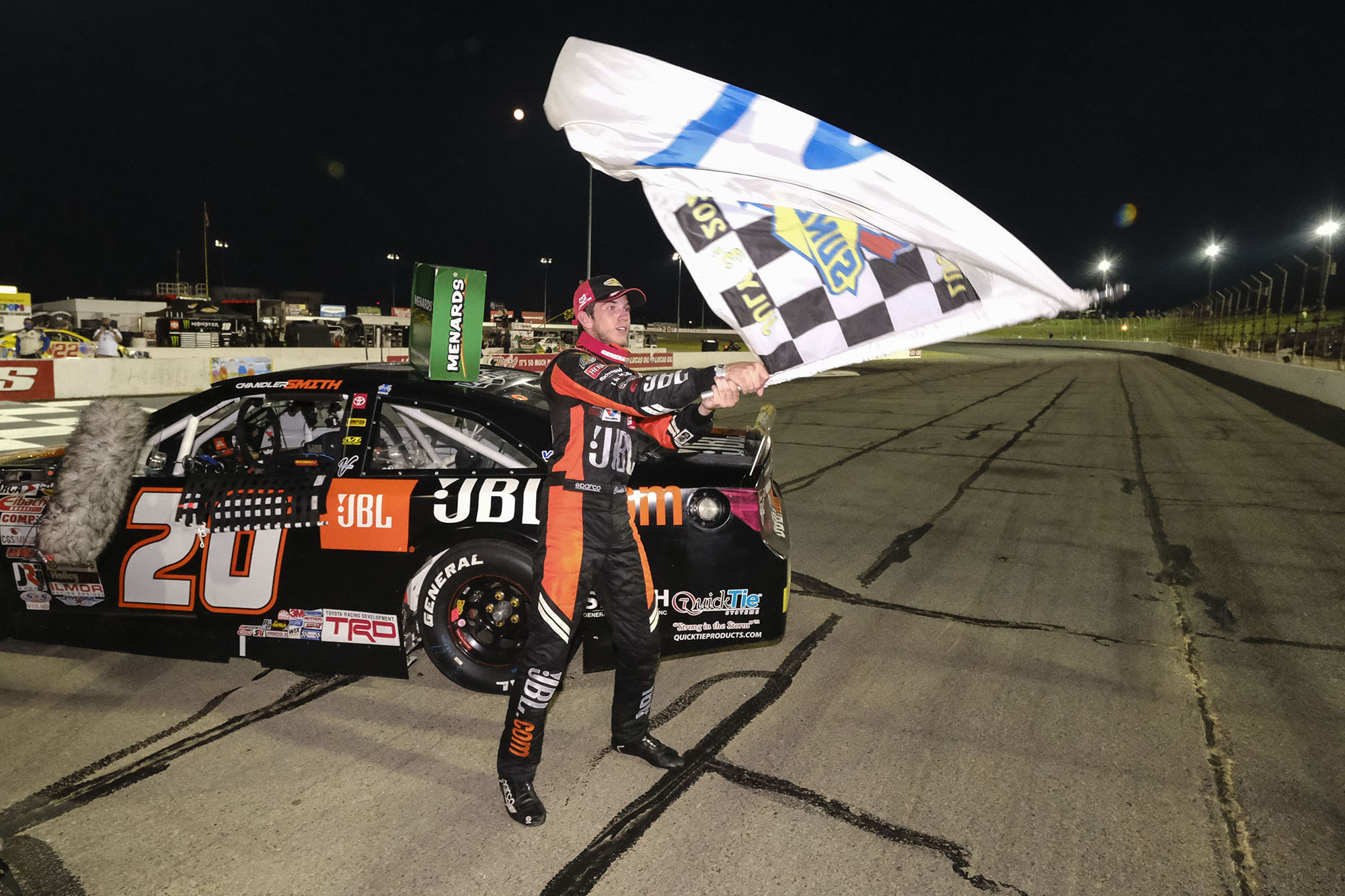 · The Calypso 200 was the fifth event of the 20-race season and the second of the Sioux Chief Showdown.

· General Tire Pole Qualifying was held at LOR, with Smith earning the pole award with a fast time of 22.149 seconds, followed by Self in third and Dollar in ninth.

· Relinquishing the lead shortly after the green flag flew, Smith settled into the second position with teammate Self close behind. Dollar worked on the traffic out front and found himself knocking on the door of the fifth-place driver.

· All three VMS cars utilized both breaks during the 200-lap race, to take four tires, fuel and a round of adjustments. All three drivers were happy with the handling of their Toyota Camry’s.

· Shortly after the second break, Dollar radioed crew chief Shannon Rursch that he was suffering some sort of mechanical issue in the front end. After coming to pit road the team diagnosed it as a power steering issue and sent him back out. Self would also be plagued by bad luck, when his left rear tire to went flat, requiring a green flag pit stop.

· Smith, who regained the lead on lap-39, remained the leader for the duration of the event, being credited with leading 162 of the 200 laps.

· On deck next for VMS is the ARCA Menards Series race at Kentucky Speedway on Saturday, July 11th. The team will field Toyota entries for: No. 15 Drew Dollar, No. 20 Ryan Repko and No. 25 Michael Self

“Tough night at Lucas Oil Raceway. Ended up losing power steering in the last stage, which really set us back. Definitely not the night we were looking for, but there’s still a lot I was able to learn and take away. I’m ready to move on to Kentucky (Speedway) and rebound.”

“It was another great night for my Venturini Motorsports JBLL Toyota Camry team. My team worked hard all day and brought me a great car. It was an honor to help Toyota break the record for 13-wins in a row and I am already looking forward to heading to the next race.”

“Definitely a disappointing finish to what was a pretty solid day early on. We made a ton of gains in practice and really felt like we learned a lot with our car. We raced in the top-three all night, then cut a tire due to some contact from someone trying to pass us with 20-laps to go, so tough end to end that way after running well at one of my worst tracks. We’ll move on and look forward to some of my favorite tracks coming up.”