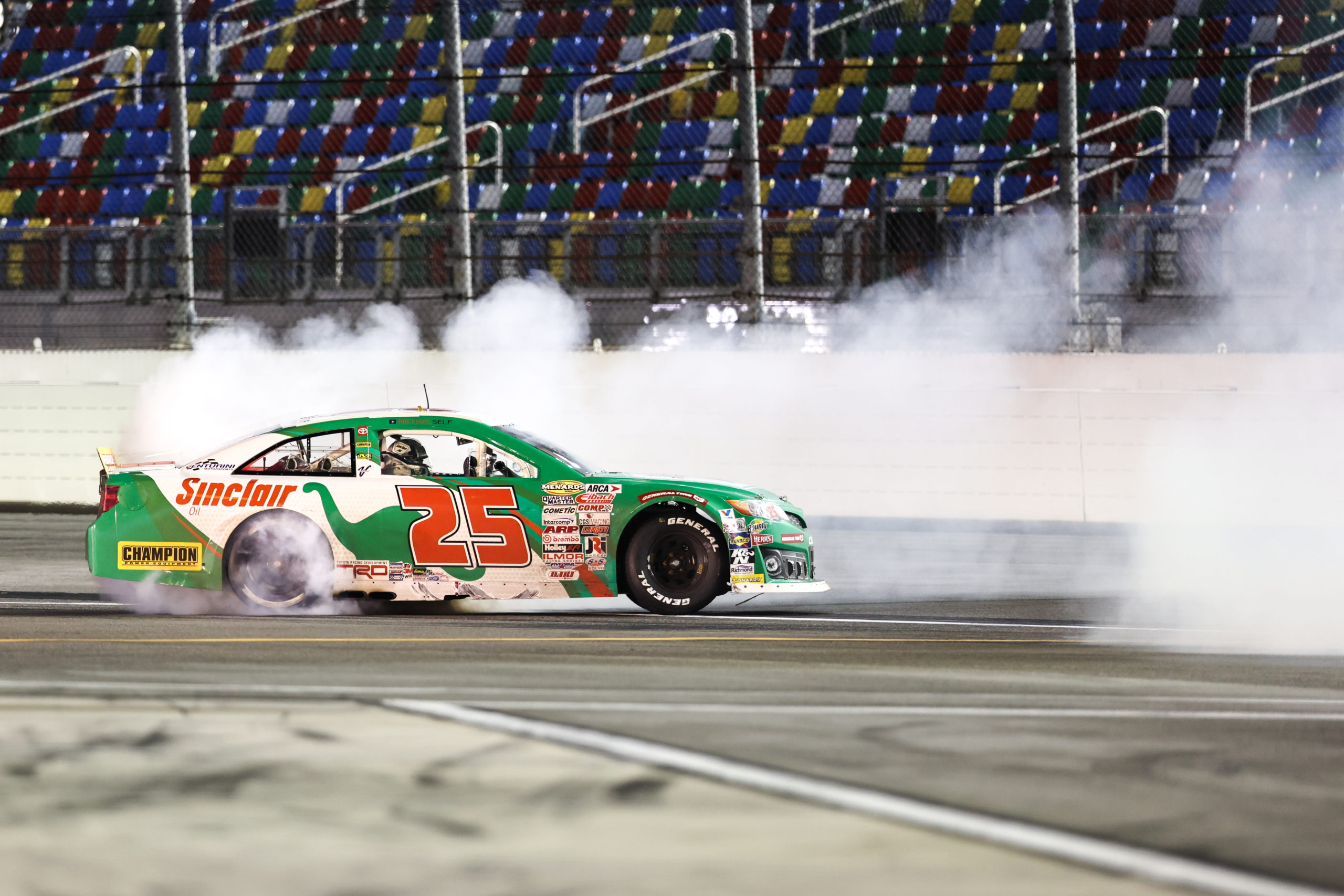 DAYTONA BEACH, Fla. — Michael Self has already proven he could conquer the superspeedway at Daytona International Speedway. Back in February, he won the season opener at “The World Center of Racing” for the second time.

Friday night, he added an historic first to his racing resume.

Self completed a unique season sweep in the General Tire 100 at the DAYTONA Road Course, conquering the 14-turn, 3.61-mile configuration in the ARCA Menards Series’ inaugural foray.

It marked the ninth career series win for the 29-year-old from Park City, Utah, who extended his championship points lead in the process. He also took over the Sioux Chief Showdown championship lead.

A faulty plug wire kept Self from taking a lap during the abbreviated practice session, which was cut short by weather. Lightning near the track also pushed the start of the race three hours, meaning in addition to wet conditions and a first-time event, the General Tire 100 would be run under the lights.

None of which slowed the race-long battle between Self and Ty Gibbs.

Self started second by virtue of the starting field being set by owners points in the Sioux Chief Showdown standings. Gibbs used a slick move in the backstretch chicane to take the lead on Lap 1 and held it until Self overtook him right before the halfway break. Gibbs would wrestle in back with 10 to go in the 28-lap event, but Self would not relent. He retook the point in the infield turns with six to go and pulled away for the win.

“The road course at Daytona (International Speedway) was a tough one for us. I had never raced on anything like that before and with a limited amount of practice it was a big learning curve. All-in-all it was still a fun day and I learned a ton. Really looking forward to heading to Gateway in two weeks.”

“First road course race is in the book and it was a tough one. I made to many mistakes, but to be the best you need to make those mistakes early and learn so they count later. I can’t thank Toyota, JBL and Venturini Motorsports enough for the fast car, we will get them these next few races.”

“This was a really special win for me. I come from a road racing background and spend a lot of my weekends outside the car coaching guys in the Trans Am Series, so to be able to back that up with the on track performance myself is obviously really important to me. It’s been a bit of a rough few weeks, but we capitalized at a place I was really focused on and everyone at VMS did a great job executing and getting our Sinclair Oil, Toyota where it needed to be for both wet and dry conditions.”