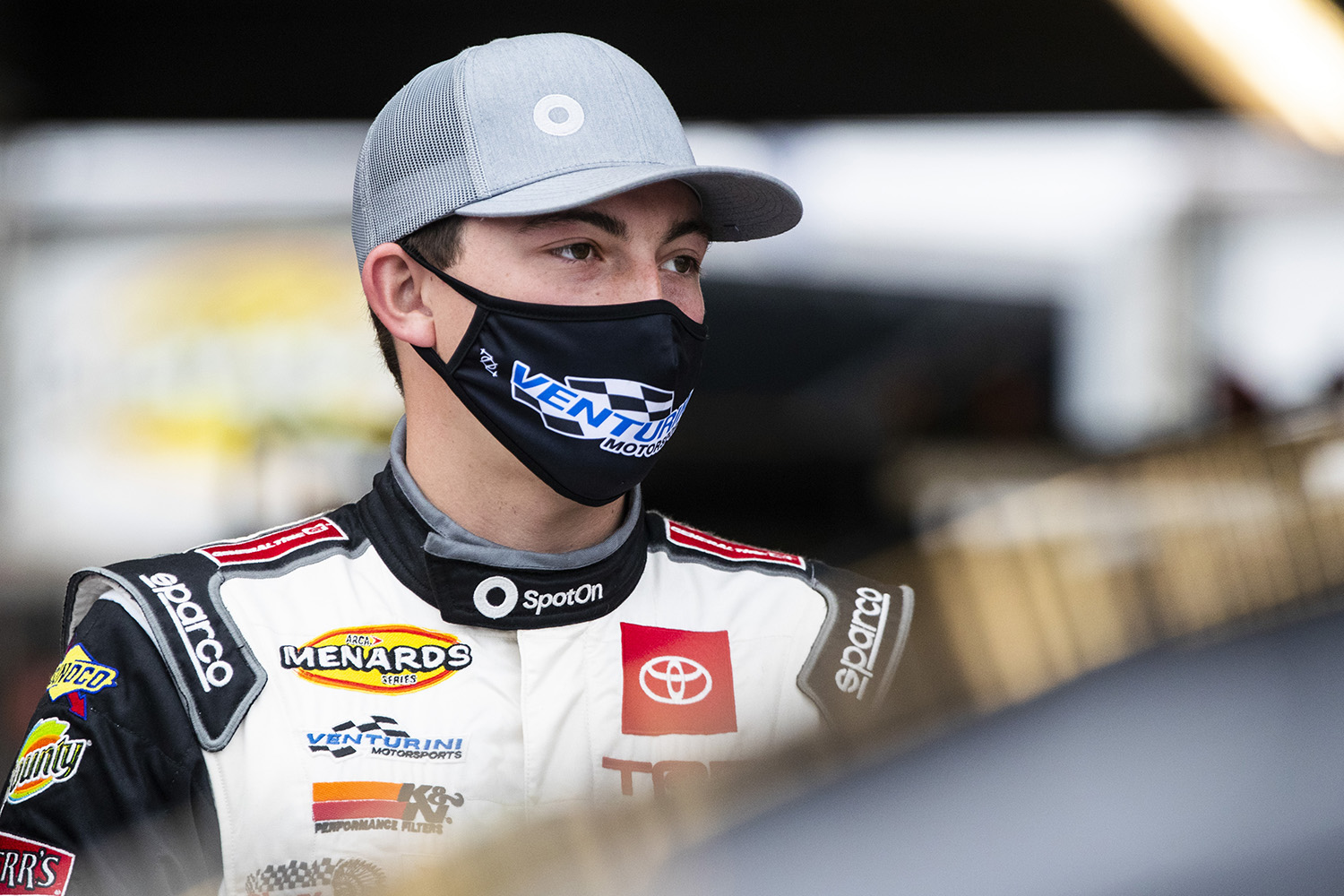 Teaming with Venturini Motorsports (VMS), 23-year-old, Derek Griffith, with support from San Francisco based, SpotOn, small business software and payments company, will be back behind the wheel this season in ARCA’s premier touring series for two races under the VMS banner.

Griffith, a top-10 finisher at the Snowball Derby back in December, will showcase his No.55 SpotOn Toyota Camry during the series’ season-opener at Daytona International Speedway on February 13 and again at Kansas Speedway during the May event. Both races will be televised on FS1.

“Never give up,” responded Griffith when asked about his off-season deal allowing his return to the track. “This is awesome. I’ve worked really hard during the offseason to make this moment happen. I can’t thank everyone at SpotOn enough for giving me this incredible opportunity. I’m excited to represent their brand and continue to build our relationship.”

Griffith notched two top-5 and seven top-10 finishes during his eight starts in 2020 driving the No.22 for Chad Bryant Racing in the ARCA Menards Series.

“It’s an honor to now have the opportunity to represent my sponsor racing for such a successful organization like Venturini Motorsports. They’re a great team. I’ve been talking with Billy (Venturini) for a while – I’m excited everything fell into place the way it did. I’m ready to go!”