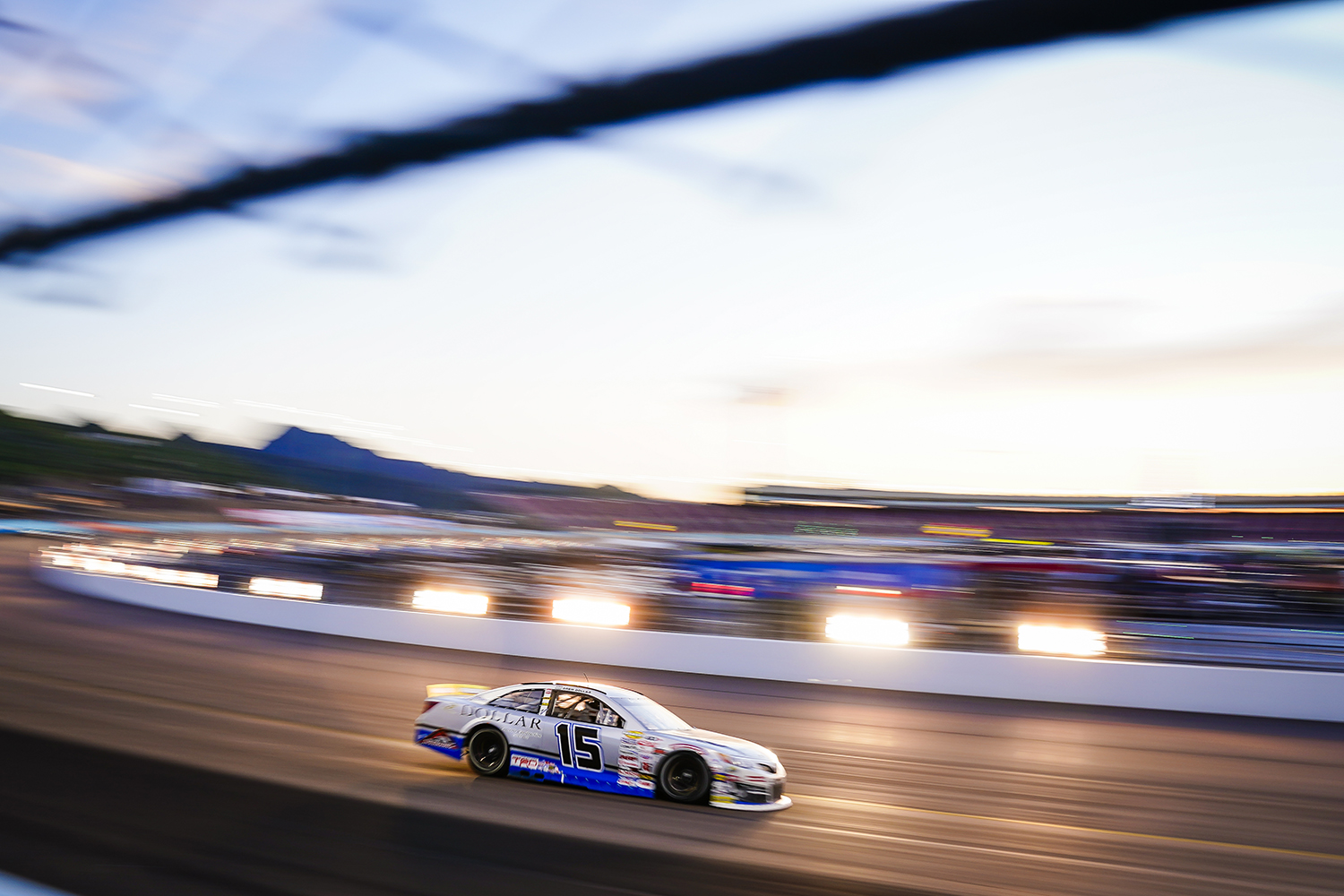 March 10, 2021 (Concord, NC) – It’s been nearly a month since the series’ season opening event at Daytona, but now the roar of the engines will come back to life when the ARCA Menards Series resumes its 20-race schedule on Friday for the General Tire 150 at Phoenix Raceway.

After slaying the field on the beach back in February, Corey Heim – ARCA’s hottest driver, will try his hand in the desert looking for his third consecutive series victory dating back to last season’s finale at Kansas Speedway. Heim (No.20 JBL Toyota), gunning for the series’ Driver Championship in 2021, is one of three Venturini Motorsports’ (VMS) Toyota drivers competing for the trophy in Phoenix.

Sitting atop the driver standings early, Heim along with teammates Drew Dollar (No.15 Sunbelt Rentals Toyota) and Gracie Trotter (No.25 Mobil 1 Toyota) are ready to head West and strap back into the seat to take on the 1-mile, multi-groove Phoenix track.

“It’s been a long wait, but I’m excited to get back to the track this weekend in Phoenix,” said Heim. “As a driver it’s difficult to sit on sidelines and wait for your next race. Staying focused and keeping a routine is important. I’ve spent a lot of time conditioning myself for the long season ahead and countless hours in the simulator preparing for this weekend.

“Our guys have really been focused at the shop. We’ve been tweaking our baseline and feel we’ve got a good setup going into Phoenix. It’s all about bring the best car we have and these guys don’t ever stop working. It will be fun to get back out there Friday night. The track is super fun to drive with so many grooves to run. It’s definitely an exciting race for fans to watch as the action on the track doesn’t let up. Our JBL team is ready. I’m hoping all our hard work pays off and we keep the momentum going.”

In his only previous attempt at Phoenix, Heim finished eighth in last year’s ARCA West event driving for VMS.

Ready for redemption, Drew Dollar and his Sunbelt Rentals Toyota team return to action after finishing second behind Heim in the season opener at Daytona. Dollar, who captured the first General Tire Pole Award in his season debut, controlled the field for 18-laps at Daytona before getting shuffled back and finding himself forced to fight his way back to finish runner-up.

Despite the long layoff, Dollar’s last ARCA race is still fresh on his mind.

“We definitely had the car and wanted to win Daytona,” said Dollar. “Coming up short was disappointing, but it won’t define this team. We showed our strength and will compete for wins every time out this year. We all share the same mentality and will keep pushing ahead. Billy (Venturini) and I continue to work hard off the track going over notes and doing what it takes to keep getting better.

“Phoenix is a great track. I’ve been out here three times and have had some decent success. Relying on my experience and spending a good amount of time in the simulator really boosts my confidence. We’ve all put a lot of hard work in preparing for this race. I feel this team is really dialed in and capable of winning at any track – our goal this week is to finish one spot better than last time out.”

Gracie Trotter will make her second start of season in her Mobile 1 Toyota when she returns to the familiar Phoenix track this weekend. Trotter, who drove her red, white and blue Camry up front at Daytona showed speed early on before finding trouble in the season opener and ending with a disappointing 23rd place finish.

Relying on previous Phoenix race action, the 19-year old driver is focused on a successful return to the track.

“Having raced at Phoenix twice last year I’ve learned a lot about the characteristics of the track and know it’s all about running a clean race and building momentum,” said Trotter.

“You can move around a lot and find different groves all the way around, especially in turns three and four. I’ll use the experienced I gained last year with passing cars and learning how the car changes throughout the race to better execute passes and where to move around if the car gets to loose or tight.”

During two previous starts at Phoenix with a different team, Trotter posted a ninth place finish last season racing during the ARCA West Series Event and was credited with a 22nd place finish in the ARCA Menards Series event after engine problems cut her day short.

The General Tire 150 is scheduled to start at 5:30 p.m. MT / 7:30 p.m. ET and broadcast live on MAVTV while streaming on TrackPass on NBC Sports Gold.