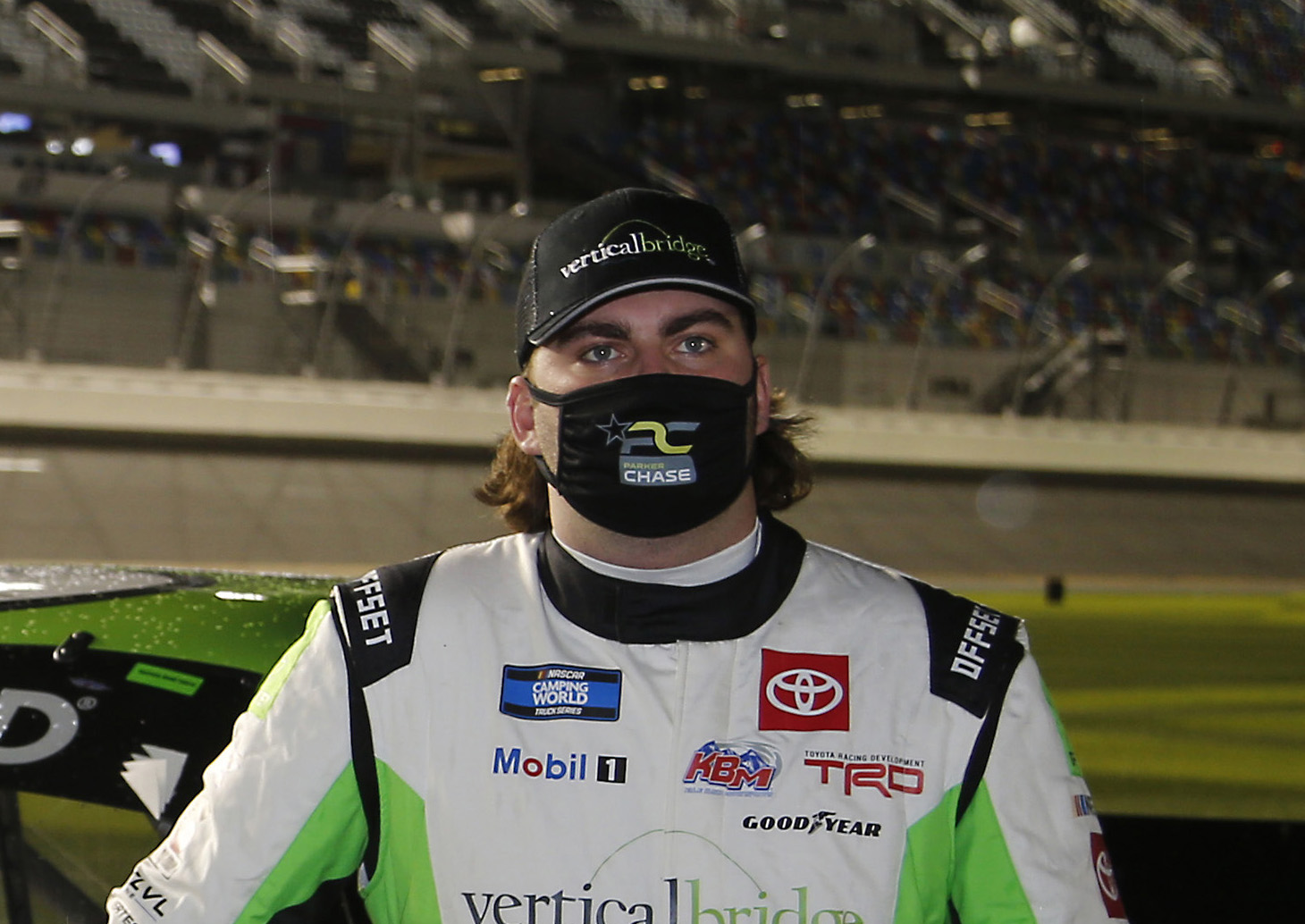 Concord, NC (May 04, 2021) – Venturini Motorsports (VMS) announced today the signing of 20-year American sports car driver, Parker Chase, to a five-race schedule in the ARCA Menards Series. Chase, the 2018 Pirelli World Challenge Champion will take the next step in his career by further developing his craft on a mix of diverse speedway and short track ovals beginning with the ARCA General Tire 150 at Charlotte Motor Speedway on May 29.

“I’m excited for the challenge and ready to take this next step with Toyota Racing and Venturini Motorsports,” says Chase. “Although I’ve been racing since the age of 13, everything I know revolves around road course racing. Joining VMS gives me a great opportunity to gain experience and learn the differences of driving a stock car. As a driver, your mindset is always about winning, but this year it’s all about adapting to a new car and leaning on my team to get to the point where I can compete for trophies in the future. Right now it’s all about keeping the car clean and finding a baseline – taking what I learn each week and building confidence and getting better.”

Focused on his preparation, Chase will turn his first laps of the season in an ARCA car during the upcoming May 10th Charlotte test.

“I ran a few late model races last year at Hickory, but this will be a lot different with the heavier car and the competition level in the ARCA Series. Right now my daily routine includes working out and doing everything I can to prepare myself by watching and studying film and spending as much time as I can in the simulator. I’ll be ready and definitely looking forward to getting in the seat.”

Chase’s first ARCA event of the 2021 season at Charlotte Motor Speedway will be aired on FS1 and carried live on MRN / SiriusXM starting at 7:00 PM EST. Parker’s effort in ARCA will be supported by NXTLVL Marine, VerticalBridge, Tige Boats, and ATX Boats. For more information on Parker Chase visit www.ParkerChase.com.

About NXTLVL Marine
NXTLVL Marine is the world’s largest Tige Boats dealer with locations in Fort Worth, Dallas, and New Braunfels with a new location coming soon to Cottonwood Shores (non Tige Location). Locations also carry ATX Boats, Montara Surf Boats, Xcursion Pontoon Boats, Crest Pontoons, and Trifecta Pontoon Boats. Our pro shop is stocked with everything you could need for a day on the lake and we look forward to having you join the NXTLVL family!