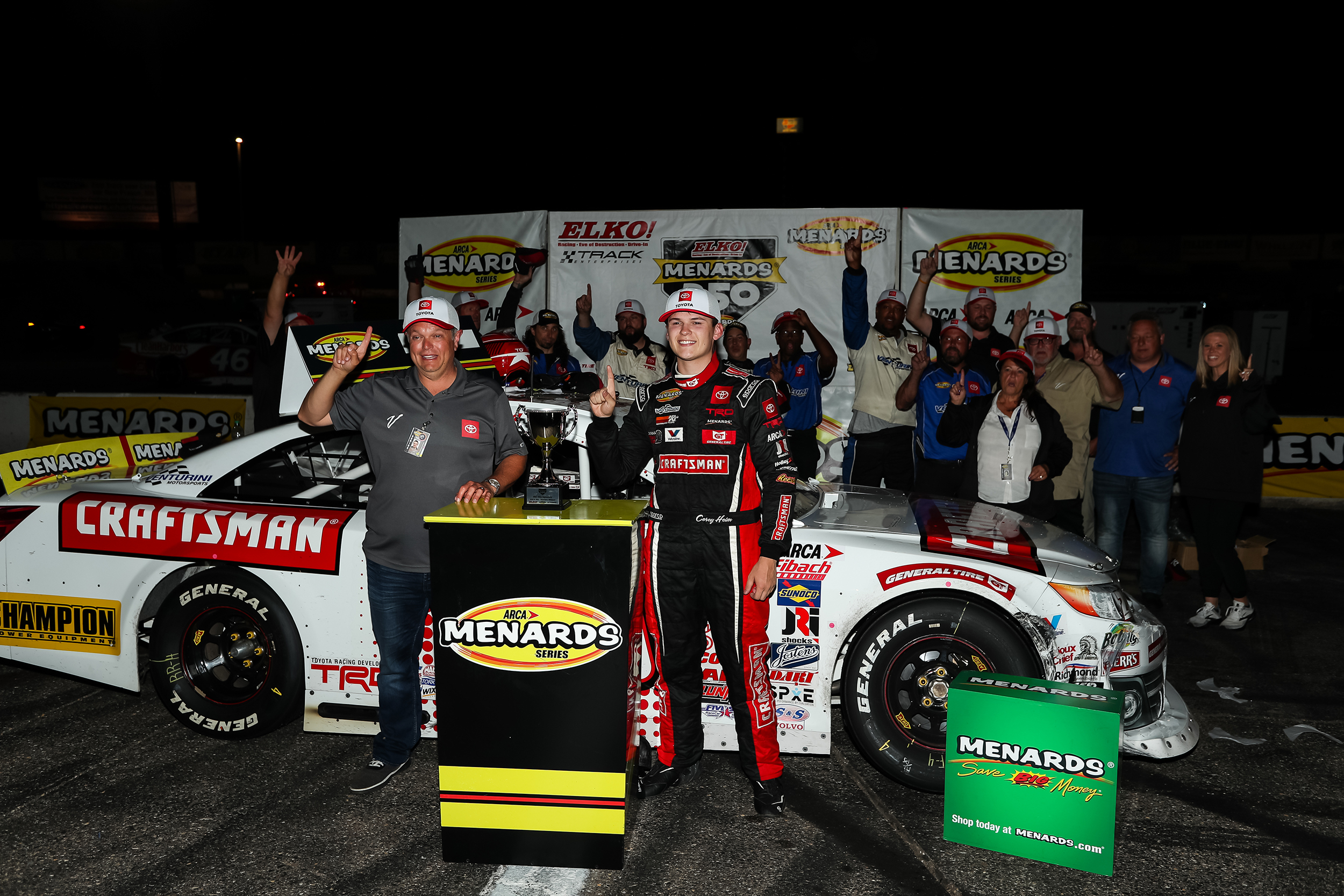 July 12, 2021 (Concord, NC) – It was Saturday night short track racing at its best.  Expected to be a fierce battle between ARCA Racing Series championship contenders Corey Heim and Ty Gibbs, the two drivers squared off under the lights at Elko Speedway for the Menards 250 – and they didn’t disappoint.

After 247-laps of racing it came down to a final late race caution to restack the field to determine the winner.  Trailing Gibbs with only three laps remaining, Corey Heim and his No. 20 Craftsman Toyota lined up behind his rival on the final restart. At the drop of the green a determined Heim wasted no time as he put a bumper to Gibbs entering turn one and muscled his way past the leader to earn his fourth victory of the season.

After the race Heim defended his move commenting on Gibb’s aggressive driving earlier in the race when the two drivers were battling side-by-side for the lead when Gibbs nudged the left rear of Heim moving him up the track for the lead.

“We also have a couple of dents on the left rear, the left side door and the left front,” Heim stated from victory lane when asked about the damage to his car related from the early race incident with Gibbs. “Just paid back what he did to me earlier in the night. That’s all it comes down to.”

The only ARCA tour winners so far on the season, Heim and Gibbs, who finished fourth, have now combined for nine wins overall. Heim entered Saturday night’s Elko race with a three-point advantage over Gibbs for the lead in the standings – his win extends that lead to seven points with 11 races remaining.

Not to get lost in the headlines, Venturini Motorsports’ drivers Jesse Love (No.15 Mobil 1 Toyota) and Gracie Trotter (No.25 Calico Coatings Toyota) turned in exceptional efforts completing the team’s podium sweep finishing second and third in Elko’s short track classic.  Both drivers, with limited series starts each, set new personal bests with their respective finishes.

As summer moves on expect the heat to turn up a notch between series rivals as the ARCA Menards Series enters a three week stretch of short track racing beginning with the Zinsser Smart Coat 200 at Berlin Raceway on Saturday night.