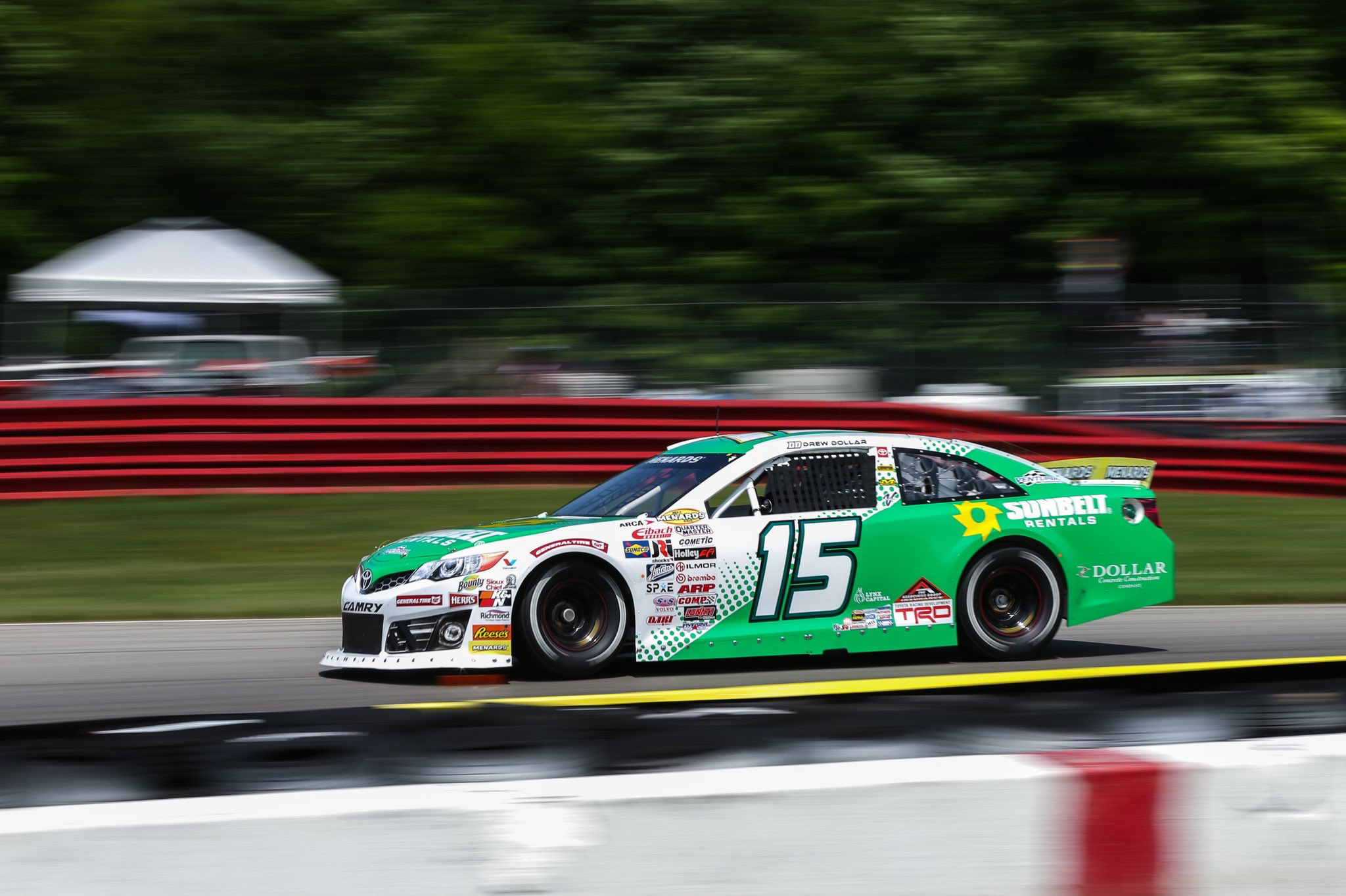 After a late race incident with Ty Gibbs cost him a win last week at Winchester, Corey Heim and his No.20 Craftsman Toyota team look for redemption in Friday’s Clean Harbours 100.

Battling for the top-spot in the standing all season long, the on-track rivalry between Heim and Gibbs has been picking up steam over the last few races as both drivers refuse to give an inch in their individual quest for an ARCA Championship. Expect that battle to hit the boiling point this weekend and beyond as we enter the grueling dog days of summer with eight races remaining in 2021.

Heim, with four wins and two General Tire Pole positions on the season led in the point standings the first half of the season now trails Gibbs by a slim 7-point deficit.  Corey Heim, the driver Gibbs is battling for the ARCA Menards Series title in 2021, will make his second Truck Series start Saturday driving for Kyle Busch Motorsports at Watkins Glen.

Drew Dollar (No.15 Sunbelt Rentals Toyota) returns to VMS making his first appearance since finishing 11th at Iowa Speedway last month.  This will be Dollar’s ninth start in the ARCA Menards Series this season – the part-time series driver currently occupies the sixth spot in the championship standings.  After a pair of season best second place finishes earlier in the year the Georgia driver looks to break back into the win column at Watkins Glen.

Brandon Jones (No.25 Menards/Magickwoods Toyota) a current five-time NASCAR (Camping World / Xfinity Series) winner and former VMS driver returns to the ARCA Menards Series for the second time this season on a road course.  The 24-year old driver competed earlier in the year with VMS, finishing fourth at Mid-Ohio back in May.

The Clean Harbours 100 from Watkins Glen International will broadcast live on FS1 starting at 6 p.m. ET with a live stream available on MRN / SiriusXM radio.