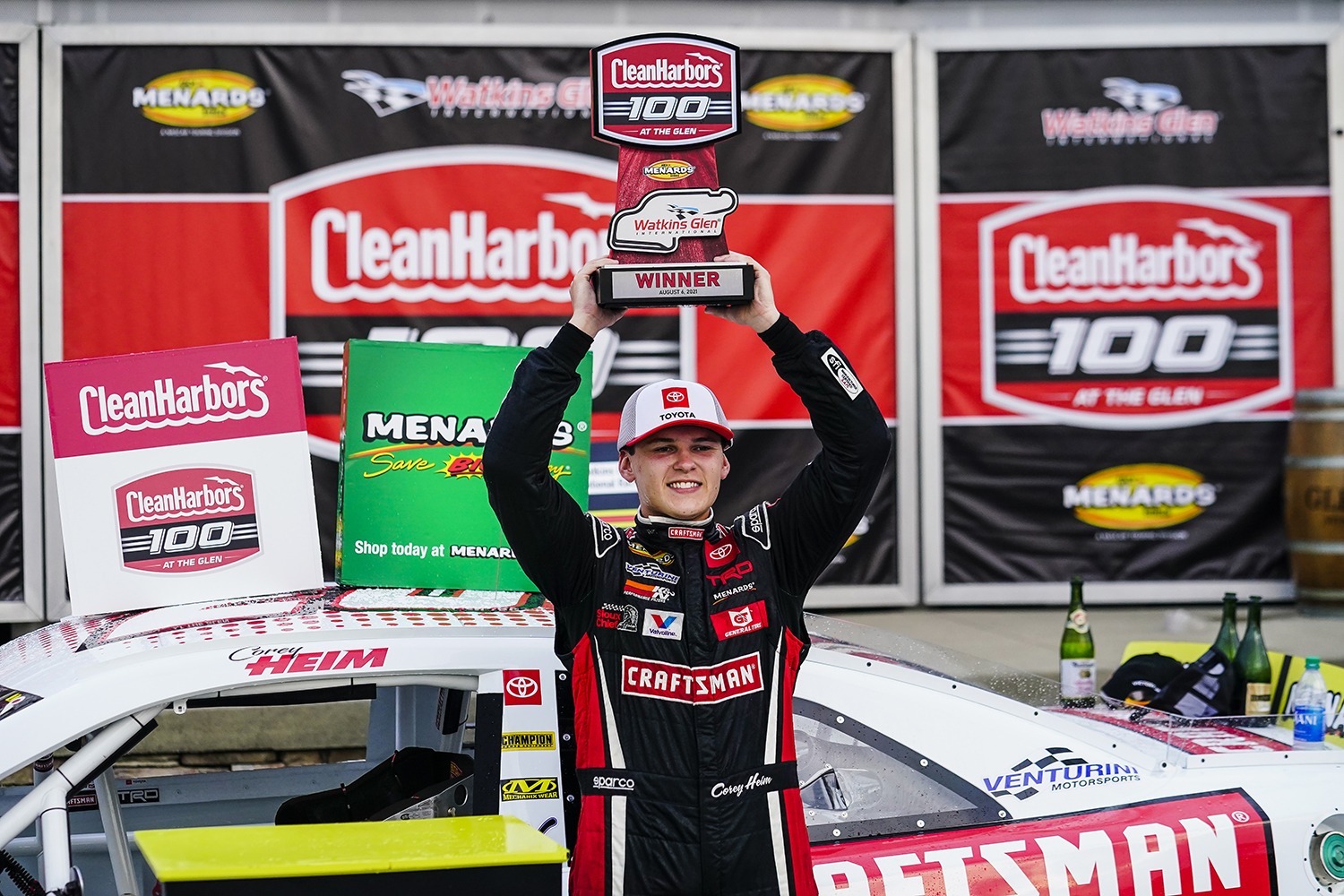 Heim continues to impress picking up his first career road course race and fifth overall in 2021.  Up against a stacked field of ARCA regulars and a slew of NASCAR drivers pulling double duty at The Glen, Heim took the lead away from Ty Gibbs on lap-23 and never looked back.

“Everything we possibly could bring to the race track, we brought today,” said Heim, who closed the championship gap to 2-points behind Ty Gibbs with his win.  “This Venturini Motorsports team battled back from a lot this year.  I’m really proud of them; this Craftsman Camry was rolling really good today.”

Letting his on-track performance speak loudly, Heim commented after being asked about the pass and glaring rivalry between himself and (Ty) Gibbs. “He’s just another car on the race track and I was trying to get the lead,” Heim said. “Race him hard. Race him clean. And he did, too.”

Heim and Gibbs have traded paint all season long.  Last week at Winchester Gibbs spun Heim with 3-laps to go to steal the victory.

Making a name for himself this season within the ranks of NASCAR, Heim now has victories via the superspeedways of Daytona, Talladega and Pocono, a short track victory at Elko and a road course race at Watkins Glen. The 18-year old driver is only missing a dirt race victory within ARCA’s diverse racing schedule.

Heim will go for the weekend sweep Saturday when he slides into the seat for Kyle Busch Motorsports competing in the NASCAR Camping World Truck Series.

After a weekend off, the ARCA Menards Series will return to action Friday, Aug. 20 at Michigan International Speedway.

A 100-lap event on the two-mile paved oval, the 14th of 20 races on the ARCA Menards Series schedule will broadcast live on MAVTV Motorsports Network starting at 6 p.m. ET. A live stream will be available on NBC Sports Gold’s TrackPass.