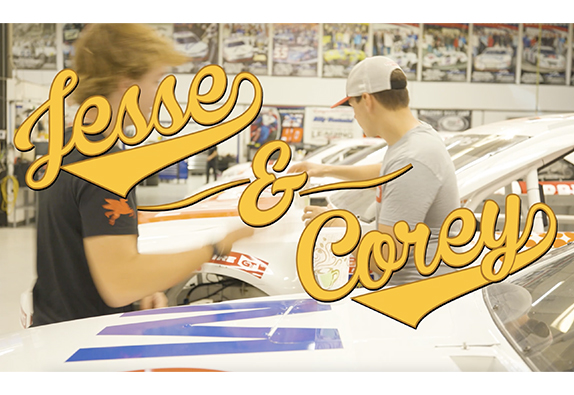 August 26, 2021 (Concord, NC) – The ARCA Menards Series returns to the Milwaukee Mile for the first time since 2007 for the running of Sunday’s highly anticipated Sprecher 150. Located on the outskirts of the city of Milwaukee, in West Allis, Wisconsin, the Milwaukee Mile is the world’s oldest operating race track dating back to 1903.

Over the years, the historic track has played host to CART, INDY CAR, NASCAR, ARCA, USAC and other racing series.  ARCA has appeared at the Wisconsin track five times since 1985 and is a driver and fan favorite alike.

Never hearing the word impossible, Corey Heim (No.20 Craftsman Toyota), with a SHOTZ at the 2021 ARCA Championship, continued to make his dreams come true winning last weekend at Springfield and pulling even with on-track rival Ty Gibbs atop the leaderboard.

Heim, with six wins on the year, is in the midst of putting together a magical season.  Boasting a remarkable 2.3 finishing average after fifteen races, the 18-year old driver has all series laps compiling 14 top-5’s, three pole positions and 415 laps led three quarters through the season.

Doing it his way with his California Swagger, Jesse Love (No.15 Mobil 1 Toyota) is coming off of a fifth place finish on the dirt at Springfield.  The 16-year old TRD driver prospect with a high ceiling, looks to continue honing his skills this season driving both the ARCA Menards Series and ARCA West Series.  At the age of 15, Love took home the 2020 ARCA West Championship.

Straight ahead and on the track this week at Milwaukee, Gracie Trotter (No.25 Calico Toyota) slides back into the seat for her eighth start of the season with Venturini Motorsports.  Moving from late models to the ARCA series, the North Carolina driver is gaining valuable experience.  Posting a season best third-place finish at Elko Speedway, Trotter became the first female driver in history to win an ARCA sanctioned event after capturing the checkered flag in 2020 during the ARCA West race at the Bullring in Las Vegas.

On their mark, set, and ready to go, the ARCA Menards Series Sprecher 150 from the Milwaukee Mile will air live on MAVTV Sunday, August 29 at 2pm CT with a live stream available on NBC’s TrackPass.