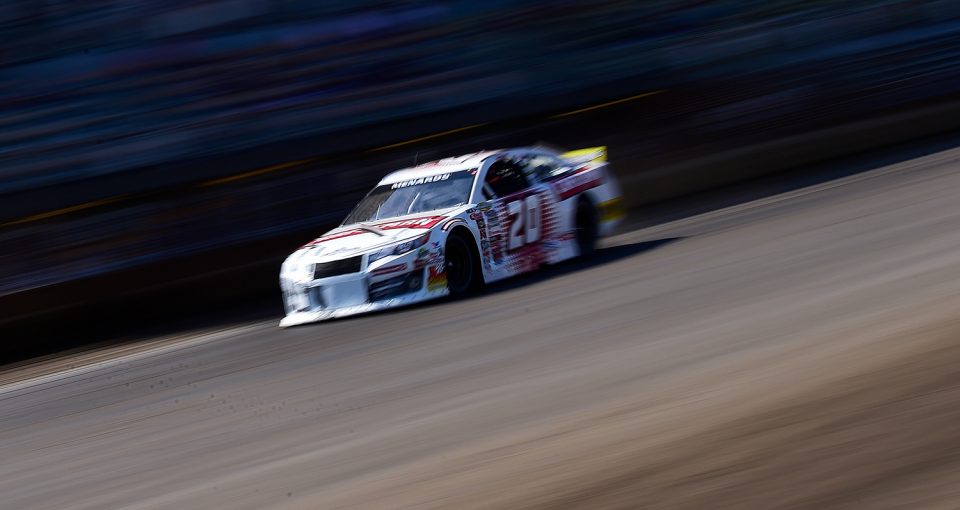 September 3, 2021 (Concord, NC) – For the second time in three weeks the ARCA Menards Series returns to dirt racing for Sunday’s Southern Illinois 100 presented by Lucas Oil under the lights at the DuQuoin State Fairgrounds. The Labor Day weekend tradition marks the series 17th event of the season.

Located in the southern part of Illinois, about 90-miles southeast of St. Louis, the track appropriately nicknamed the “Magic Mile” is one of the two one-mile clay ovals remaining on the ARCA Menards Series schedule.  The other, the Springfield Mile at the Illinois State Fairgrounds, is located 150 miles north on Interstate 55.

Hoping to create some magic of his own and complete the 2021 dirt sweep, Corey Heim looks to rebound from a disappointing sixth place finish last week at the Milwaukee Mile. After dominating the race at Springfield, Heim struggled to find his groove as on-track rival Ty Gibbs walked away with the win at Milwaukee, breaking the tie atop the championship leader board.

Facing the largest points deficit (-11) in the series point standings all season long, Heim and Gibbs will be the focal point come Sunday night as the season ticks down with only four races remaining.  Hanging on every lap the remainder of the season, Heim, unshaken, will take the same approach he has for every race – rely on the strength of his team and focus his attention outside the front of his windshield.

Jesse Love still looking to break out in ARCA’s premier series will make his third consecutive start at eighth overall on the season behind the wheel of his VMS prepared Toyota.  Love scored a fifth place finish on the Springfield dirt three weeks ago while finishing seventh last week at Milwaukee.  Still honing his skill, the 16-year old driver from California has completed all 1,200 laps in ARCA competition on the season.

The Southern Illinois 100 from the Illinois State Fairgrounds will broadcast live Sunday, September 5 on MAVTV starting at 8:00 p.m. CT with a live stream available on NBC’s TrackPass.