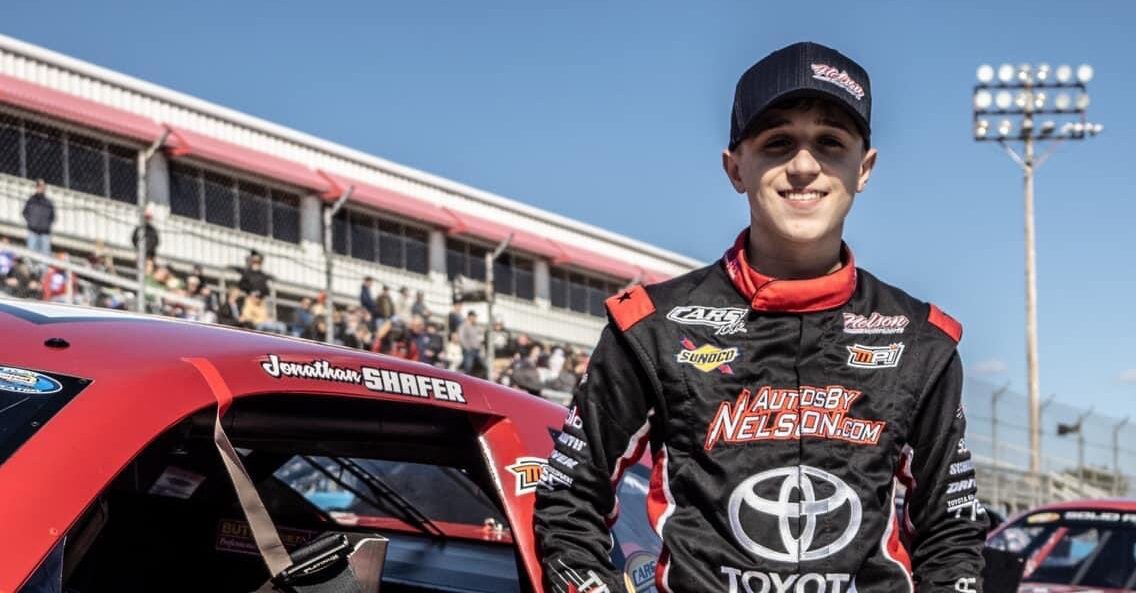 January 4, 2022 (Concord, NC) – Venturini Motorsports (VMS) announced today the signing of 16-year old driver, Jonathan Shafer to a limited five-race ARCA schedule in 2022. Ready to embark on the next step of his career, Shafer will get his first taste at the next level when he joins VMS at Iowa, Lucas Oil, Bristol and Salem in the ARCA Menards Series, along with the springtime Dover race in the ARCA East Series.

“This is such a great moment in my career. A lot of hard work has gotten me to this point,” said Shafer, the Ashland, Ohio native when asked about taking the next step in his racing career.

“I can’t thank Venturini Motorsports and Toyota enough for giving me this opportunity. I’m excited to have this chance and continue to develop as a driver. Knowing I’ll be running great equipment with a team as good as Venturini Motorsports gives me a lot of confidence going into my first start at Iowa.”

Following the typical path nowadays, Shafer began driving quarter midgets at the age of five and has methodically moved his way up the speed ranks with age. With nearly 300 feature wins along the way, the high school junior has concentrated on a heavy dose of midget racing and late models in recent years. Along with running with Toyota’s Keith Kunz Motorsports he has spent the last three seasons in the JEGS CRA Series and CARS Tour.

“I’ve gained a lot of great experience with Keith (Kunz) and his midget program along with Lee Pulliam in the CARS Tour. The last couple of years racing late models have been an important stepping stone to get me where I am today. I’m focused on continuing to get better and go out this year and do the best I can.”

Shafer will make his debut with Venturini Motorsports at Dover Int’l Speedway on April 29, 2022 in the ARCA East event. He will make his ARCA Menards Series driving debut behind the wheel of VMS’ No.15 Toyota Camry at Iowa Speedway on June 11, 2022. The race will be aired live on MAVTV.